As an aspiring artist, you may think that just recording your song, posting it on music sites, and sharing the link on social media is good enough. But, with today's content overload, you may not be able to get enough traction to stand out from the crowd unless you have an exciting music video to go with it.

Unique music videos are essential to promoting yourself and your band. In this article, we'll show you how to make a music video and help you find the best option to create a stunning music video without spending a lot.

1) Shoot in a studio setting

Using a set studio location to shoot a music video is one of the most popular ways to film mainstream and big-budget music videos.

The advantage of shooting in a set studio location is that you can unleash your creativity when it comes to creating an atmosphere for the music video. You can use different types of lighting, set design, or play with on-set effects and create a stunning music video. The cons? Budget.

See an example where the singers were painted to match the set background in Goyte’s “Somebody That I Used to Know”.

A "one-take" video appears to be filmed in a single take using just one camera.

Music videos shot using a one-shot technique were really popular in the '90s and are making a comeback now. These videos may be difficult to pull off, but a focus on pre-planning, use of hidden cuts, and practical camera tricks will help you make a stunning music video while saving on post-production time.

An example of the one-take video technique is Radiohead's "No Surprises" music video.

3) Use the VHS styling or home video approach

A highly creative way to shoot a music video is to use a VHS styled or lo-fi home video approach. These videos have a retro look that stands out against slick, high-tech videos.

To shoot this kind of a video, you can use actual found footage (either your own or something you find elsewhere). Alternately, you can create footage that looks like it is found footage. You can shoot using retro equipment such as camcorders. Or shoot a video digitally, and retrograde the footage to make it appear as if it was shot in a VHS style.

Uzi’s “PPL Never Change” is a great example of a lo-fi music video. He features VHS-style cameos of other stars throughout.

4) Create a DIY music video around a theme

A short feature film created around the audio uses storytelling to capture an audience and make your music video stand out.

The theme you choose could be a narrative with a beginning, middle, and end. Or you could simply pick a visual motif that you feature over and again, keeping your audience waiting to see what happens next.

Musician Chris Robley talks about how he enlisted some friends and created a themed music video, shooting everything in reverse to appear to be defying gravity.

The simplest way to get up and running with a music video is to create a music visualization video.

Specterr, for example, lets you generate appealing shapes and cool effects and also customize them using its visualizer editor. You can create high-quality, appealing visualizations that render at 720p and 30 frames per second and then use these to post to YouTube and social media. Since the entire visualization is done online, you do not need access to expensive video editing software. You can make your first music video in less than five minutes!

How will you make your music video?

A music video is a great tool to make people notice your musical talent. There are several ways to create music videos, ranging from filming your video using techniques we presented above to using an online music visualizer such as Specterr. If you’re just starting out, you will find music visualization videos to be a very cost-effective way to generate a stunning music video. 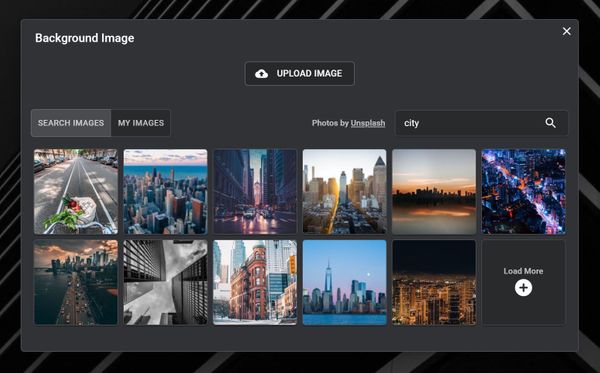 Today’s music world is highly competitive. In 2019, Spotify was adding nearly 40,000 tracks daily. Music creators looking to carve out a name for themselves need to find